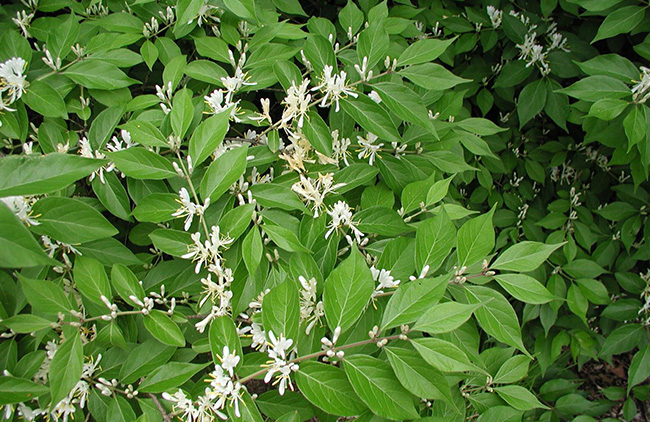 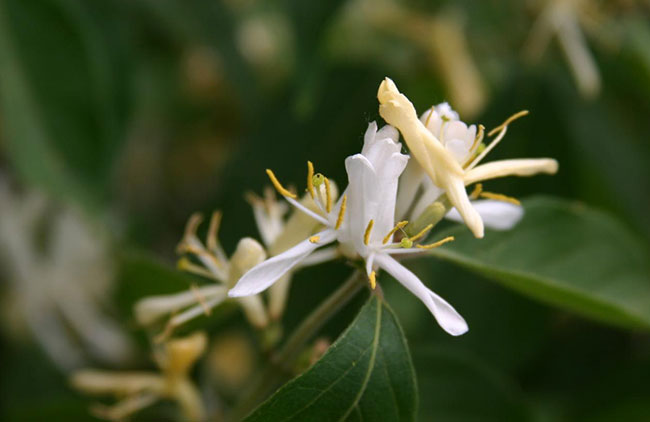 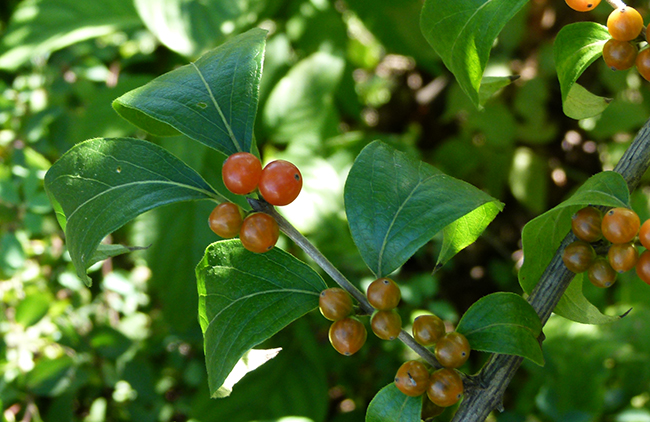 DESCRIPTION: A tall, multi-stemmed deciduous shrub with arching branches. Leaves are opposite, simple, ovate, and have an entire margin and an acuminate apex. Leaves are green above, paler and slightly fuzzy below. Flowers 2.5  cm wide, 4 upper petals fused, initially white, turning yellow with age. Flowers appear in pairs, often with several pairs in small clusters. Fruits are small red berries, on short stalks, which appear in clusters but berries are not fused.

STATUS: Few observations throughout Europe. Commonly planted gardens and urban green spaces. During surveys in the framework of project Artemis, it was found in park Rožnik in Ljubljana. Commonly grown in gardens and planted in urban green areas.

SIMILAR SPECIES:  Tatarian honeysuckle (Lonicera tatarica): shrub up to 3 metres tall, originating from Siberia and Eastern Asia. Flowers are pale to bright pink. Fruits are red berries with clearly visible stalks. Fly honeysuckle (Lonicera xylosteum) has fuzzy leaves and twigs. Leaves are obovate to elliptic, greyish-green. Flowers are small, initially white, later turning yellow. Fruits are double red berries which are attached with a single stalk and fused at the base.