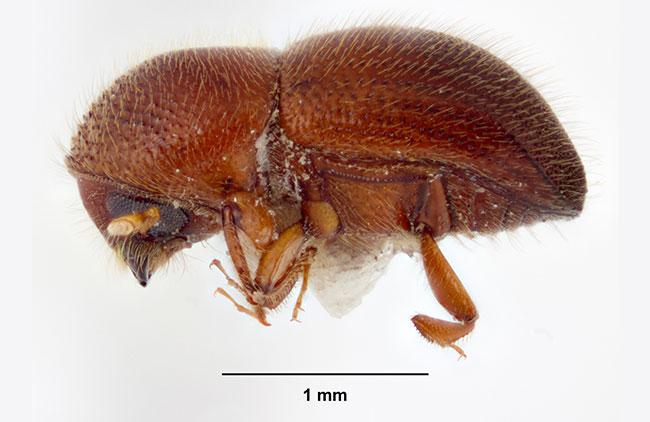 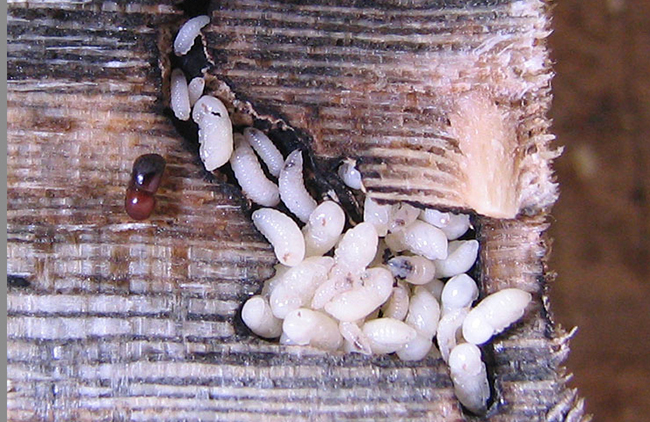 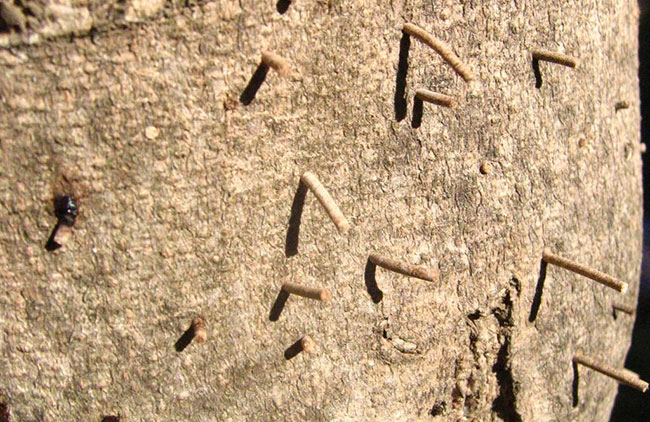 DESCRIPTION: An oval-shaped, 1.5–3 mm long reddish-brown beetle with a compact, slightly dorsally curved body. Elytral declivity convex. Larva is a limbless, whitish maggot, about 3 mm long with a dorsally curved body (in the shape of letter “C”). Females excavate into the wood of host trees through circular entry holes of cca. 2 mm in diameter. When boring tunnels in the wood, they push out frass, which appears on the bark as toothpick-like structures, up to 4 cm long. Damaged parts of trees die back. The beetles overwinter as adults.

HABITAT: This species is polyphagous on deciduous trees and inhabits a range of natural habitats, agricultural and urban areas, plantations, tree nurseries. Adults may be found on thinner branches and trunks (up to 30 cm diameter) of various deciduous trees.

STATUS: Found in southwestern Europe. Slowly spread-ing to neighbouring countries. In 2017 first found on two different locations in western Slovenia. In both places, adult beetles were caught in insect traps.

SIMILAR SPECIES: Several species of wood-boring beetles, in particular the black timber bark beetle (X.  germanus) and the European shot-hole borer (Anisandrus dispar). These species are difficult to distinguish with certainty with the naked eye.

NOTE: this species is included in the list of Invasive Alien Species of Union concern (the Union list) of Regulation (EU) 1143/2014. The species included on the Union list are subject to restrictions and measures set out in the Regulation. These include restrictions on keeping, importing, selling, breeding and growing. Member States are required to take action on pathways of unintentional introduction, to take measures for the early detection and rapid eradication of these species, and to manage species that are already widely spread in their territory.