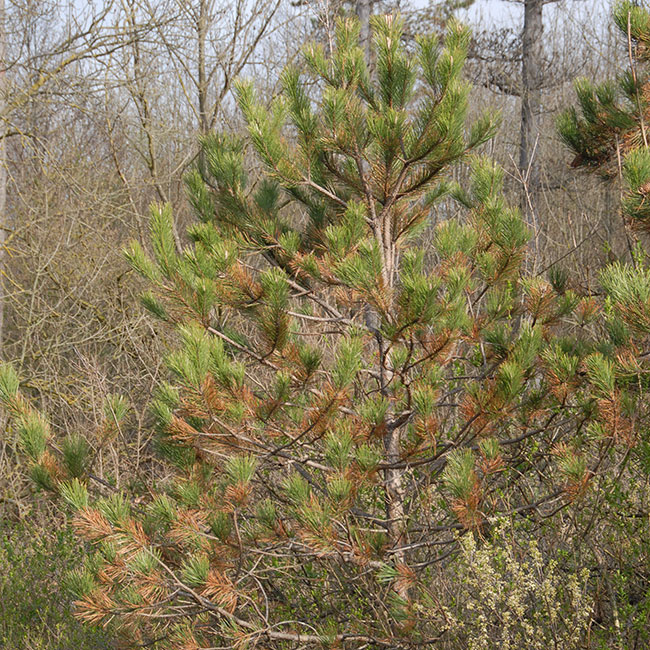 PATHWAYS: Transported with fruits. Spores are secondary spreading with wind and rain.

DESCRIPTION: Dothistroma blight is caused by two morphologically indistinguishable species: D. septosporum in D. pini. Both fungi primarily affect pine trees. Red to reddish brown spots and bands appear on the tip of infected needles, followed by tiny black asexual fruiting bodies which break through the surface of the needles. In the end, the entire needles die and are shed prematurely. Needles of lower branches are often affected first. The disease then gradually spreads upwards to the crown and outwards along the branches. After several years of a severe infection, the affected tree may die.

STATUS: D. septosporum is locally present throughout Europe whereas D. pini has a more restricted distribution. In Slovenia, this disease has in recent years spread to the Karst region, from where it was not known before. Most affected are pine trees in moist localities.