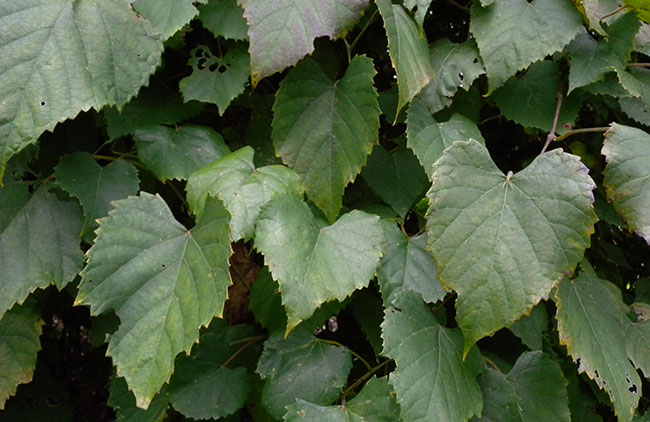 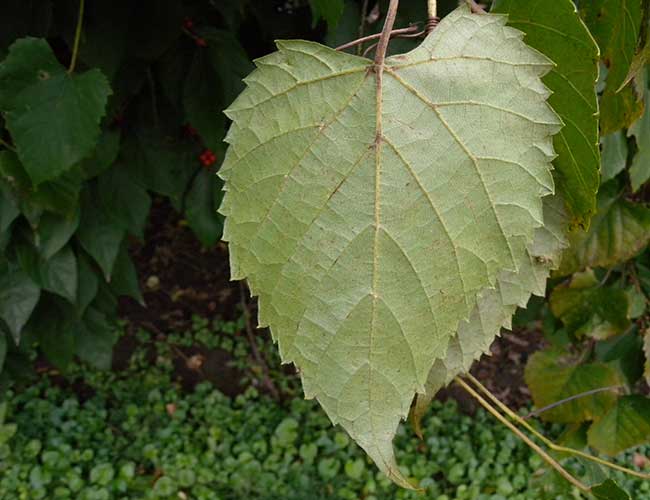 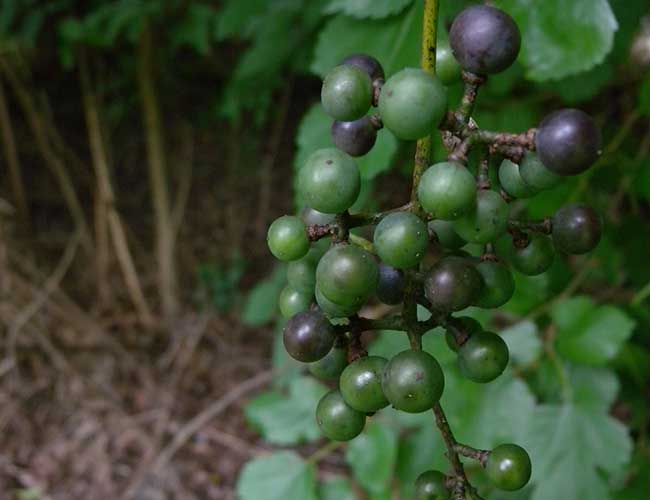 FIRST FINDING IN SLOVENIA: not yet found in Slovenia

DESCRIPTION: Perennial woody vine with thick stems and red tendrils that are lacking at every 3rd node. The bark is reddish-brown, shedding itself in lengthwise strips. Leaves are similar to those of a lime-tree in shape, alternate and simple, sometimes shallowly three-lobed. Margins are sharply and coarsely dentate. Leaves are mostly glabrous, with only some short hairs along veins. Upper surface is medium green, slightly lighter below but not grey. Flowers small, monoecious or dioecious, in clusters 10–15 cm long. Fruits are 3–10 mm dia. berries, initially green, turning black when ripe.

STATUS: Established in southern France with a few scattered records from other parts of Europe. Not yet found in Slovenia. 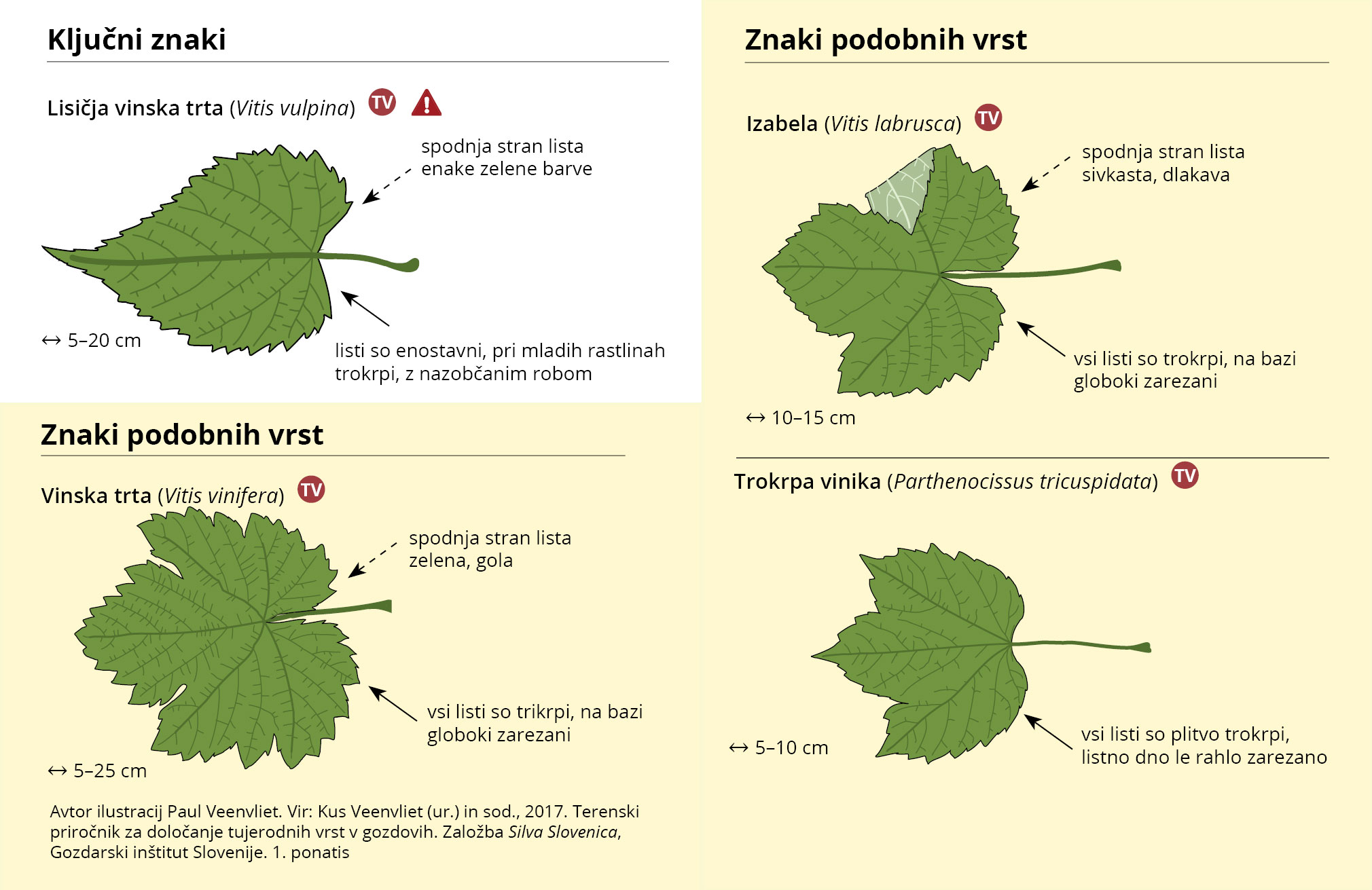