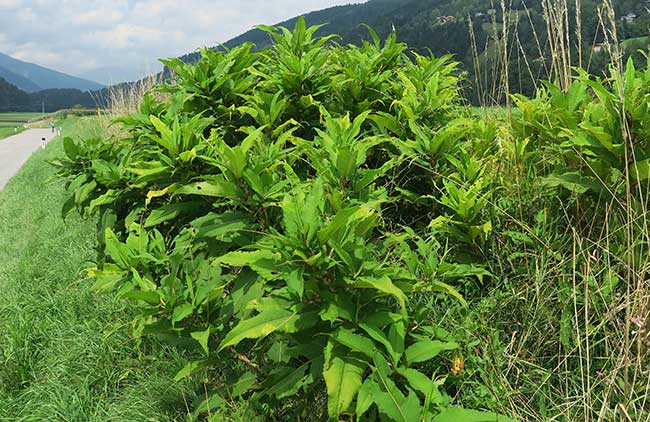 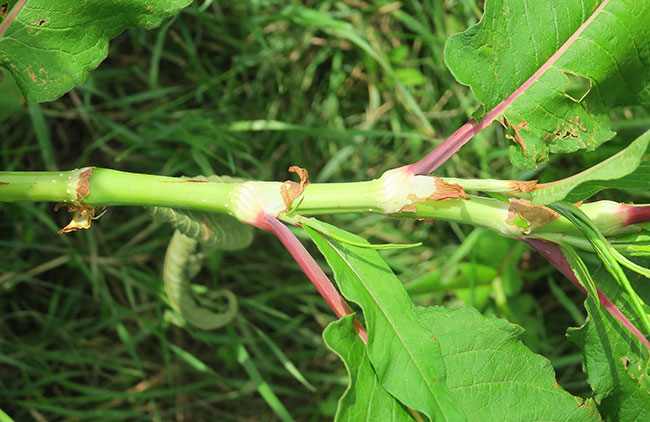 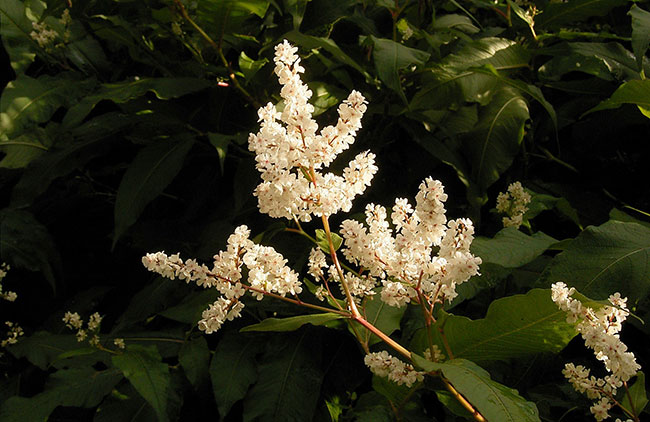 FIRST FINDING IN SLOVENIA: not yet found in Slovenia

POSSIBLE TO FIND: year round

DESCRIPTION: A fast-growing perennial with an erect, hollow stem that is green, with twigs that zig-zag from one leaf node to the next. Reddish-brown leaf sheaths envelop the stem nodes at the base of each leaf. Leaves are spiralling, lanceolate, with an acuminate apex, truncate at the base, with two small lobes. Leaf stalks and at least the lower part of the mid-vein are reddish. Flowers are small, white to pink, clustered in upright, branched spikes at the end of branches and in the axils of the upper leaves. Fruits are small brown achenes but rarely form.

STATUS: Invasive in northern Europe and appears to be established in Central Europe. In Slovenia not yet found in nature. 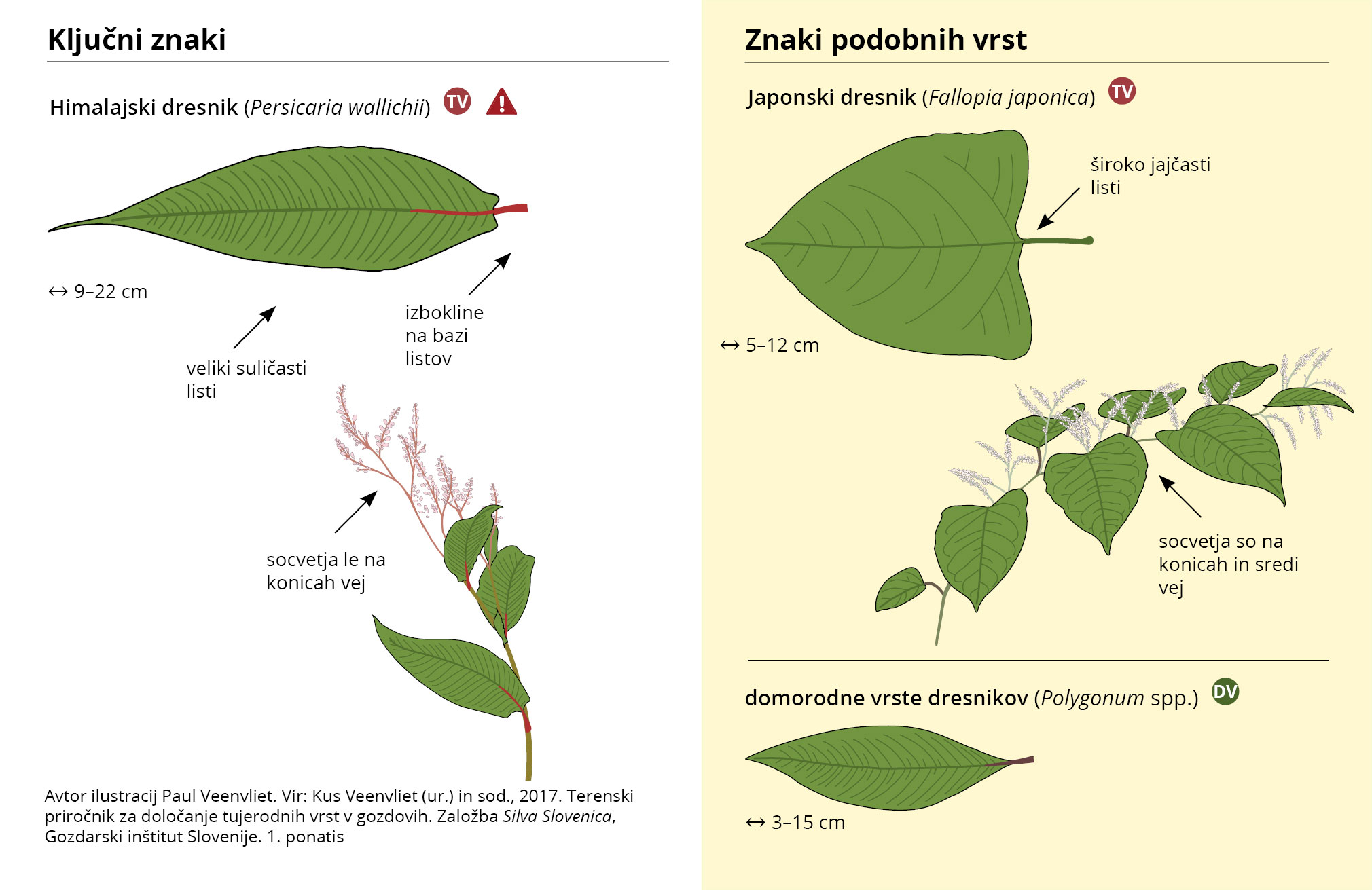