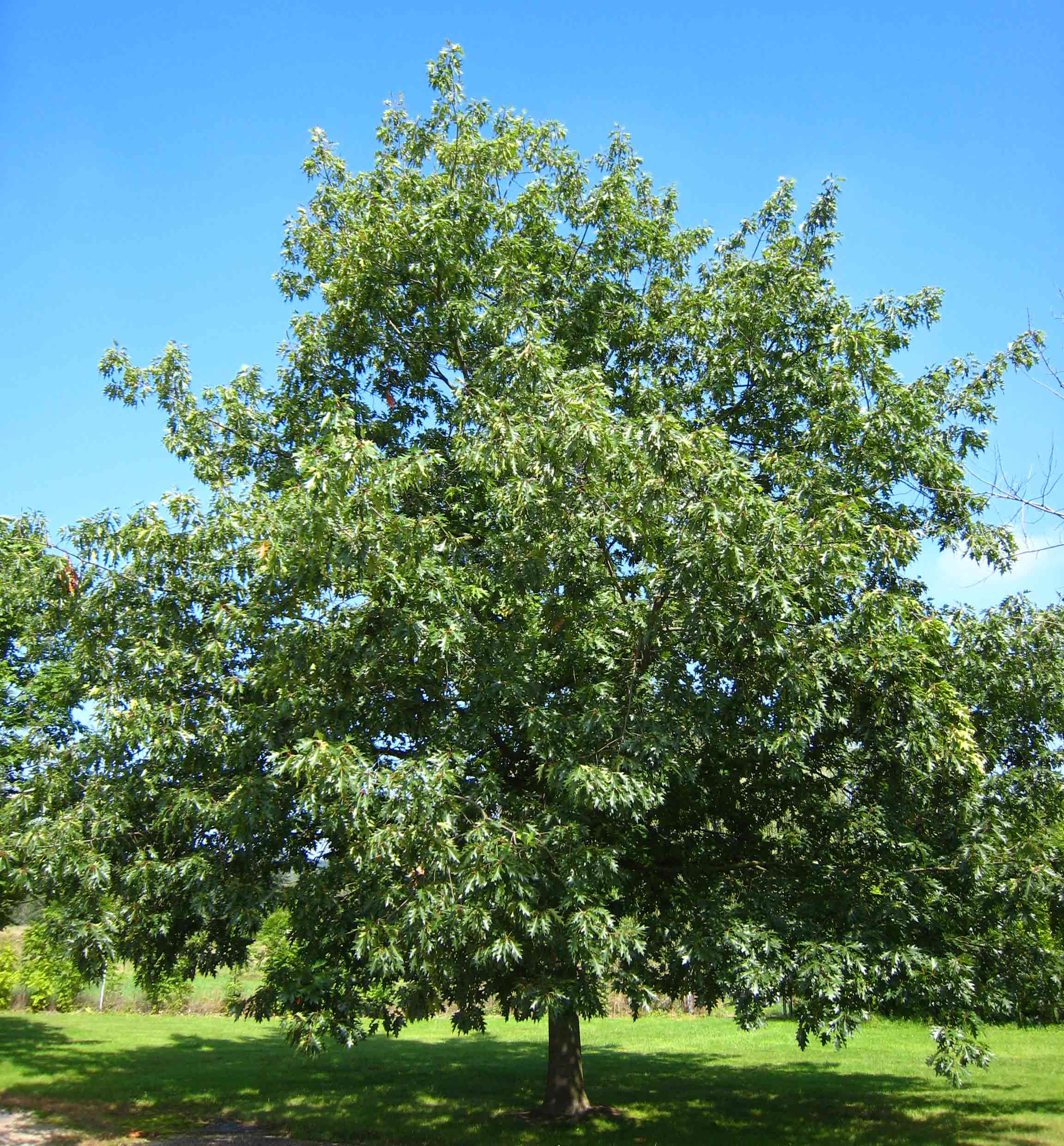 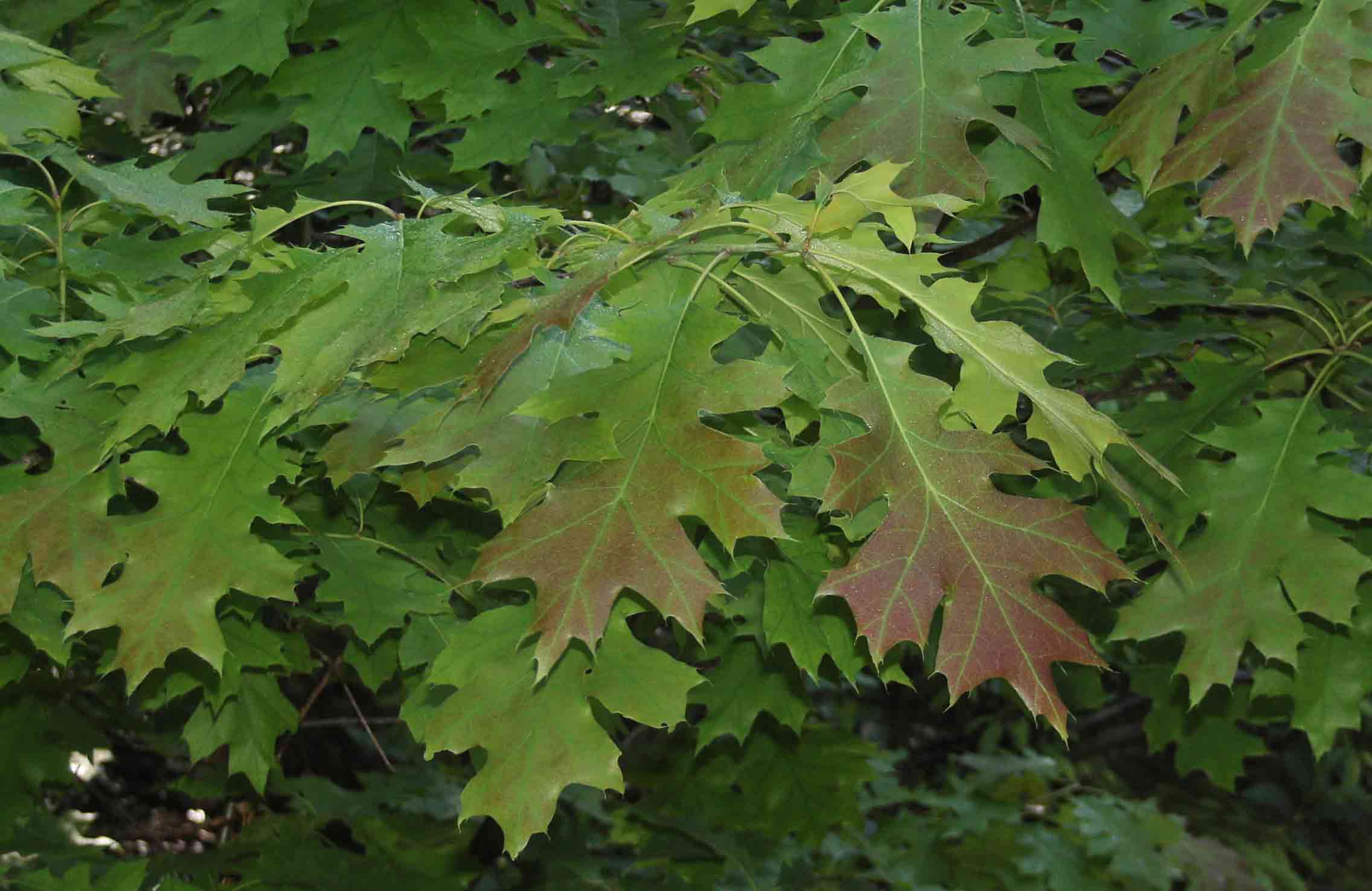 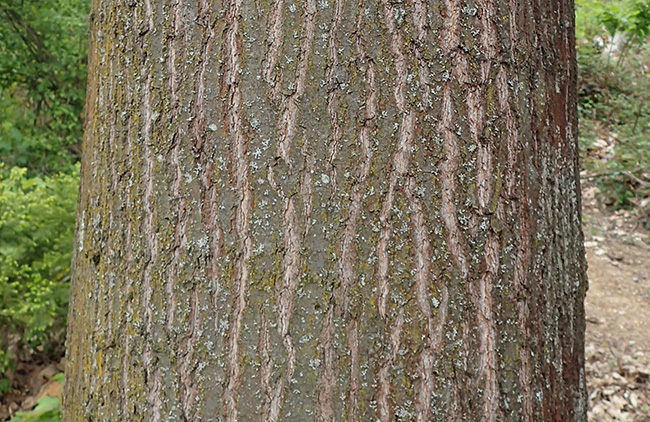 DESCRIPTION: Medium-sized to large, deciduous tree with a robust trunk and a rounded crown. Bark on young stems smooth, older bark with shallow furrows. Twigs with multiple terminal buds, quite large, conical. Leaves simple, with bristle-tipped lobes which are about as broad as the sinuses between them. Only minute hairs are left in vein axils. Leaves are dark green, sometimes shiny above, and pale green below. Autumn leaf colour intense dark red to orange-brown. Fruits (acorns) mature over two growing seasons. They are almost round with a shallow cap which is covered with appressed scales.

HABITAT: A variety of forest habitats, often on sandy soil.

STATUS: In Europe planted in parks, gardens and forests. Widespread in most European countries.

SIMILAR SPECIES: The most similar is another North American oak – pin oak (Quercus palustris), which has much deeper sinuses between the lobes. Leaves of Turkey oak (Quercus cerris) are usually smaller, and some are unevenly lobed. All oak species can be easily distinguished by the appearance of their acorns. 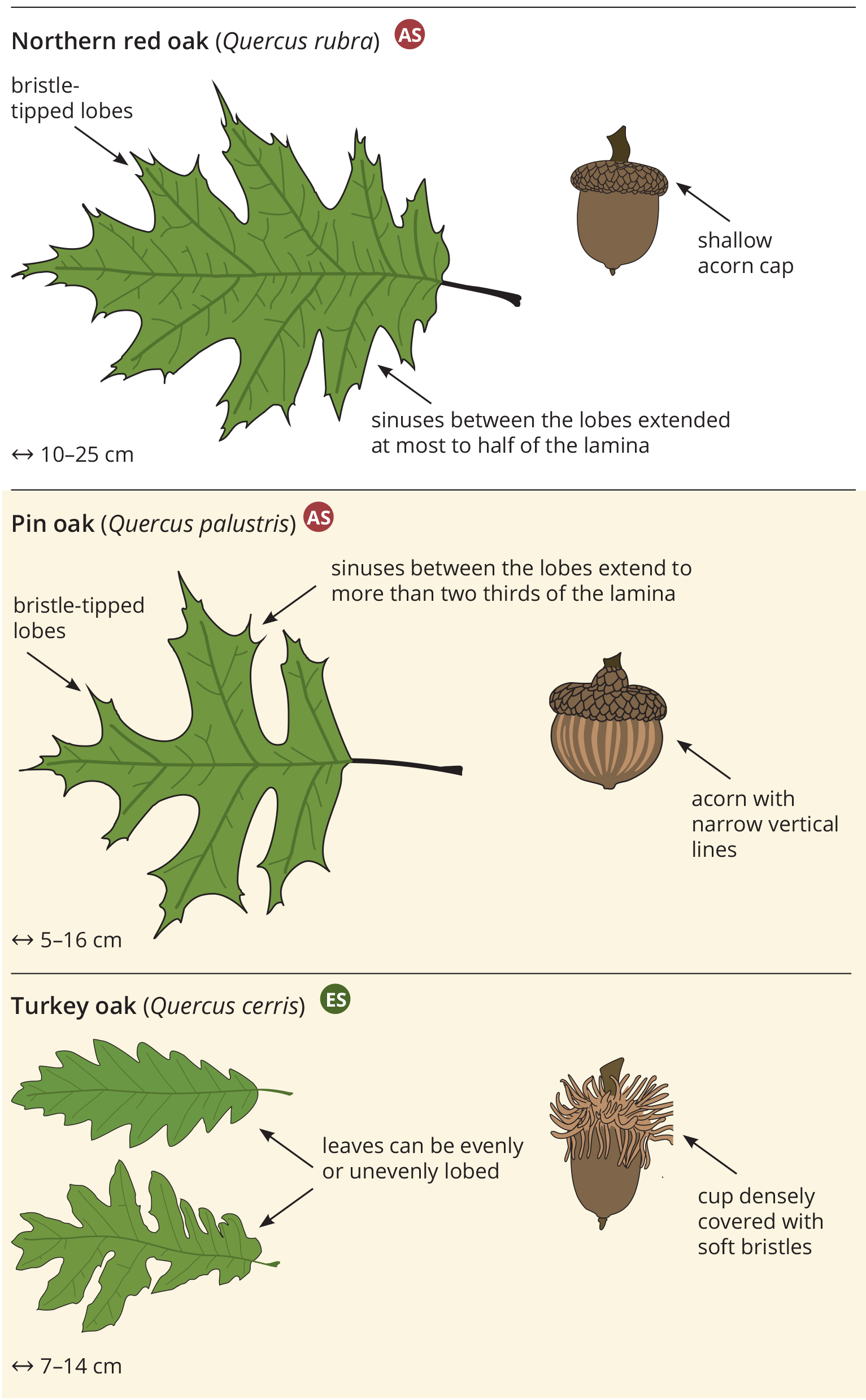