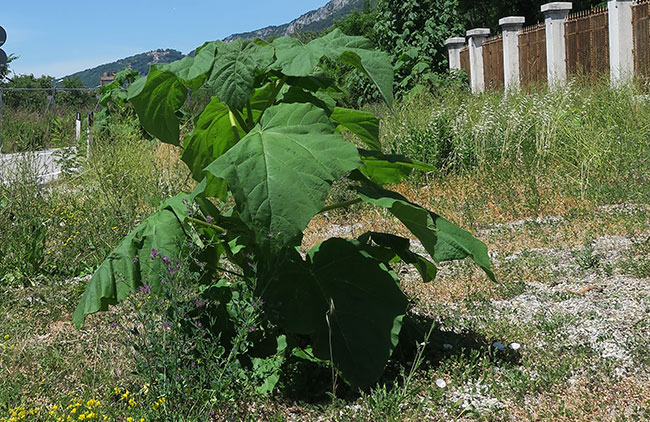 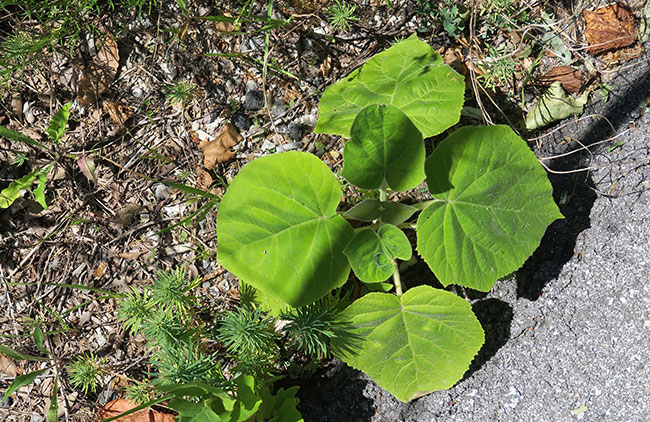 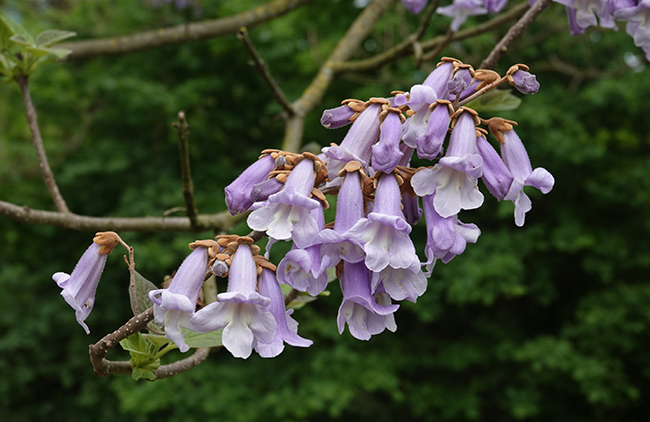 DESCRIPTION: Fast-growing, deciduous tree. Leaves large, opposite, heart-shaped, shortly acuminate, with entire margins. Younger leaves often coarsely serrated or lobed. Leaves velvety green above, paler below. Flowers appear before the emergence of leaves, are borne in panicles. Corolla 3–5 cm long, tube-like, purple to white. Fruit is an oval capsule a few centimetres long, similar to a nut. It contains numerous small seeds which fall out of the capsules throughout summer and autumn.

STATUS: Locally recorded throughout Europe. In Slovenia it is increasingly often found in forests with trees spreading from plantations deep into the forests. Planting in the forests in Slovenia is not allowed, but hybrid paulownias are allowed to be grown on lower quality agricultural land.

SIMILAR SPECIES: Southern catalpa (Catalpa bignonioides) has similar leaves but only the underside is slightly pubescent. Leaves arranged in whorls of three. Flowers are white with purple streaks, in branched clusters. They appear after the emergence of leaves. Fruits are long, brown, pod-like capsules. Sunflower (Helianthus annuus) can before flowering appear similar to the young royal paulownia, but sunflower has spirally arranged leaves and serrated margins.