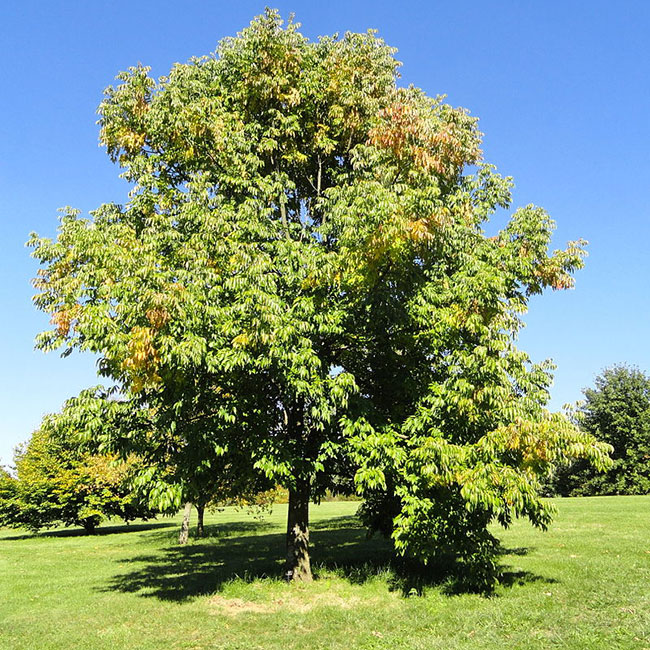 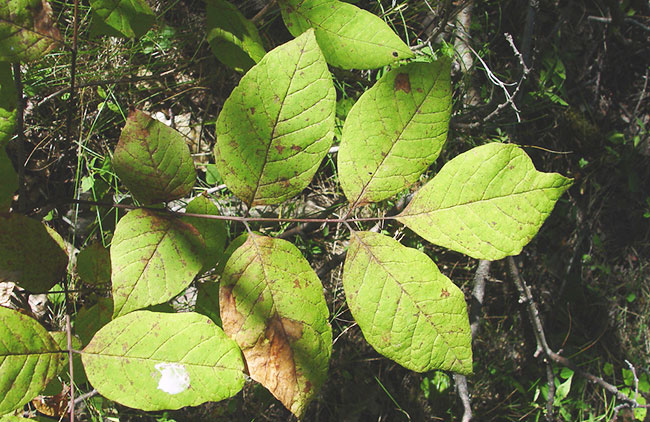 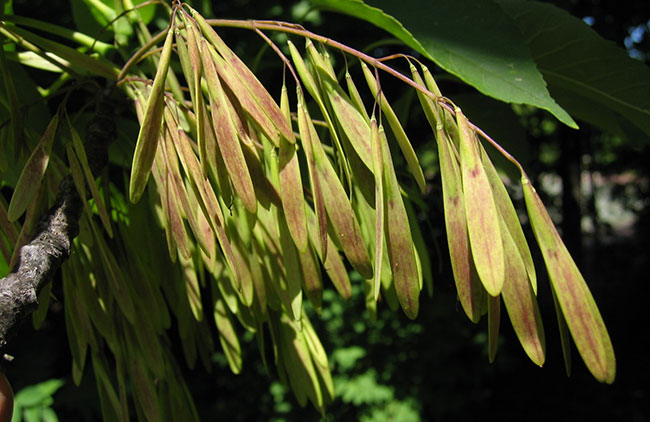 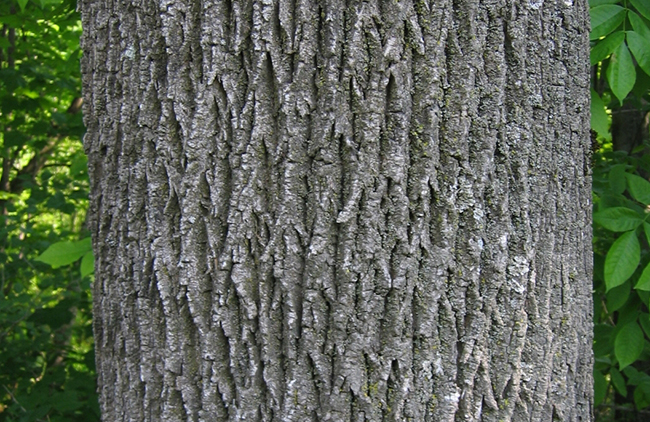 DESCRIPTION: Large, deciduous, dioecious tree. Bark grey to brown, already in young trees cracking and forming corky ridges. Twigs olive-green, hairless, shiny. Leaves pinnately compound with 5 to 9 lanceolate to elliptic leaflets. These are dark green above, greyish-white below, mostly glabrous. In autumn, they colour yellow, red or purple. Flowers of both sexes are without petals and have only a small calyx, about 1 mm long. The fruit is a single 3–5 cm long samara, often with a visible leftover of calyx. The wing of the samara does not extend beyond the rounded seed cavity of the samara.

STATUS: Locally recorded throughout Europe. In Slovenia it was planted in the 20th century in larger stands in the Subpannonian part of the country and locally also in the southwest. It is occasionally planted in parks.

SIMILAR SPECIES: Leaves of green ash (F. pennsylvanica), narrow-leaved ash (F. angustifolia) and European ash (F.  excelsior) have green underside. Green ash has grey to green-brown twigs which can be glabrous or pubescent. The seed in the samara is flattened, with a wing extending beyond the seed cavity. The samaras of European ash are broader. 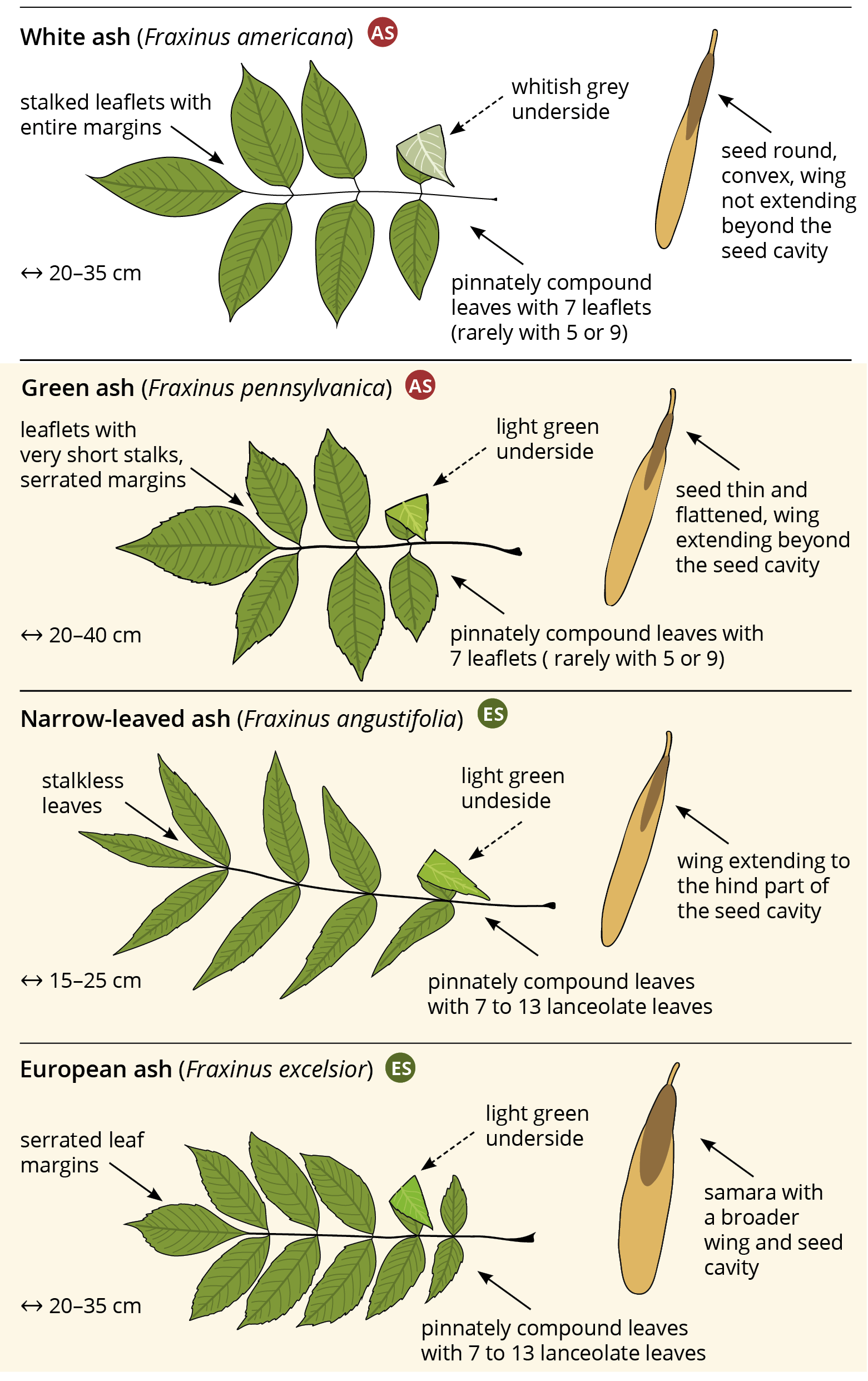