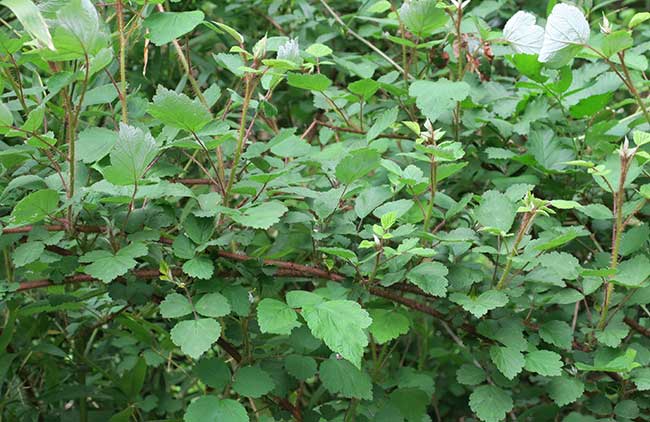 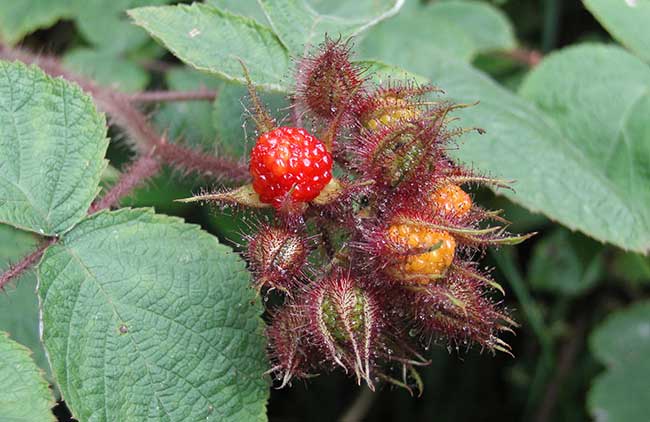 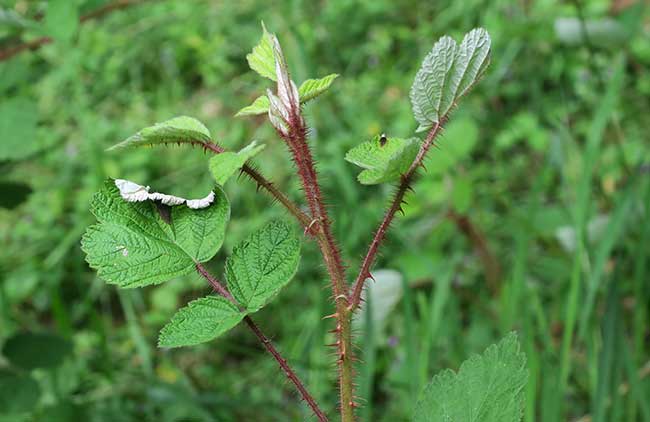 DESCRIPTION: A shrub with long, arching branches, which may form dense thickets. Its stems are covered in red glandular hairs and thorns. Leaves are palmately compound with 3 to 5 leaflets. They are covered with hairs, green above and grey below. Flowers develop on last-years branches, which have smaller leaves with only three lobes. The sepals are covered with hairs and are much longer than petals (the flower appears partially closed). Fruits are red drupelets, clustered in an aggregated fruit. Unripe fruits are enclosed in the sepals.

STATUS: Unclear, possibly under-recorded in some countries because of its similarity with other blackberries. Most observations are from the United Kingdom and the Netherlands.

SIMILAR SPECIES: Most similar of the European rasp-berries is the common blackberry (Rubus hirtus agg.). Its branches may be covered with many hairs and thorns, but the underside of leaves is usually green. Petals are about as long as sepals. Ripe drupelets are black. 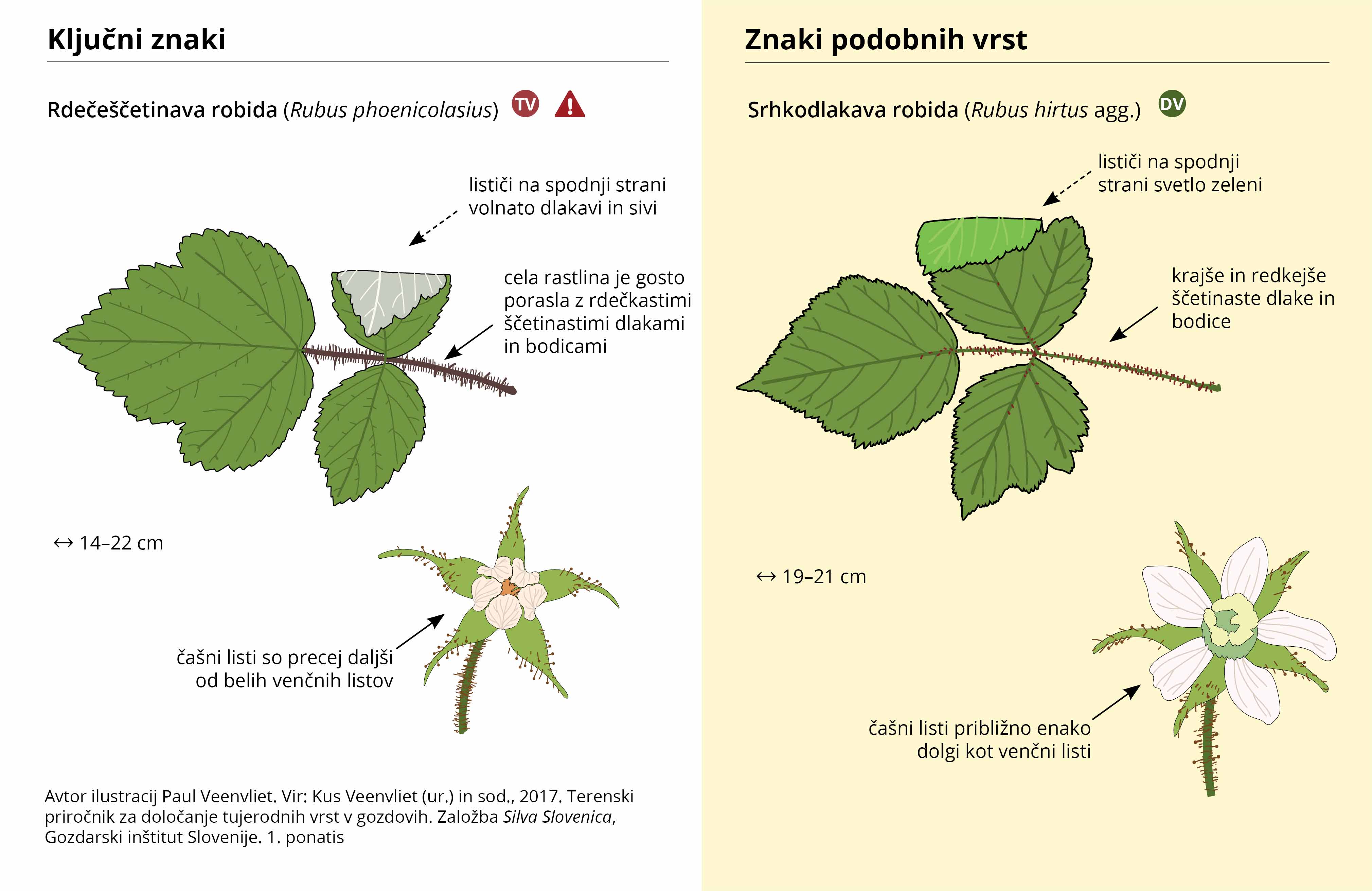 Habitat: Along forest edges and roadsides; on moist soils.

Status in Slovenia: Uncommon, findings in parts of Pohorje, in the surroundings of Krško and in the lower part of the Vipava valley. Found in Ljubljana (Rožnik) during a survey in the framework of project Life Artemis.