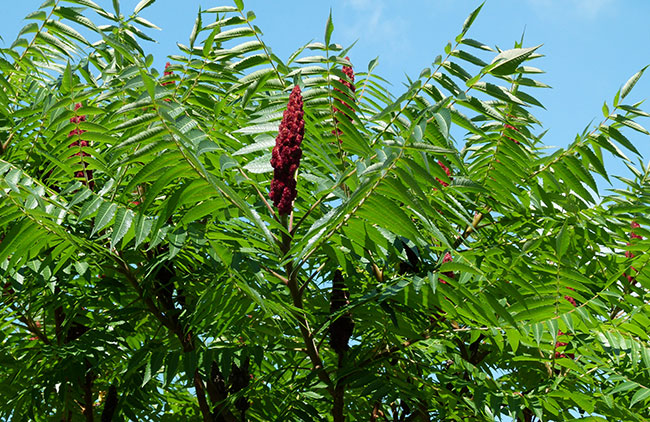 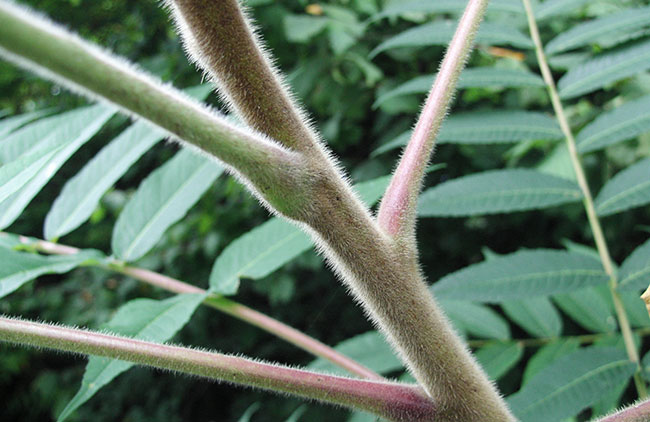 HABITAT: Ruderal sites, forest margins and clearings, mostly on dry soil. It is mainly spreading vegetatively with transported soil and because of this it is often found at roadsides.

SIMILAR SPECIES: Tree-of-Heaven (Ailanthus altissima) has similar large, pinnately compound leaves, which have large, glandular teeth near the base but the leaf margin is not serrated. Twigs and branches are not covered with hairs. Fruits are single samaras. Shining sumac (Rhus copallinum) has prominent wings on rachis between the leaflets, fruit clusters are loose and hanging. Smooth sumac (Rhus glabra) does not have hairs on leaflets and young branches.