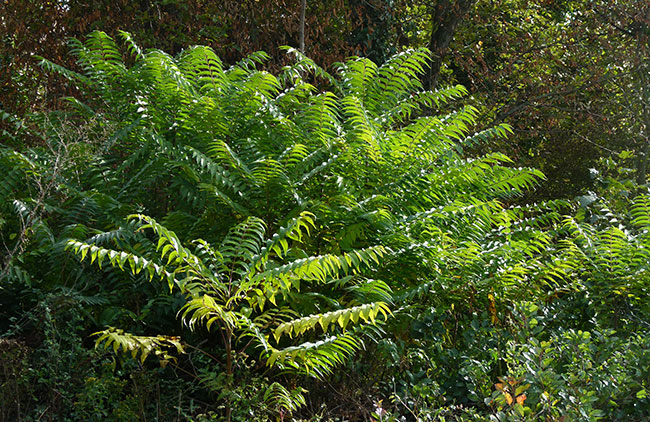 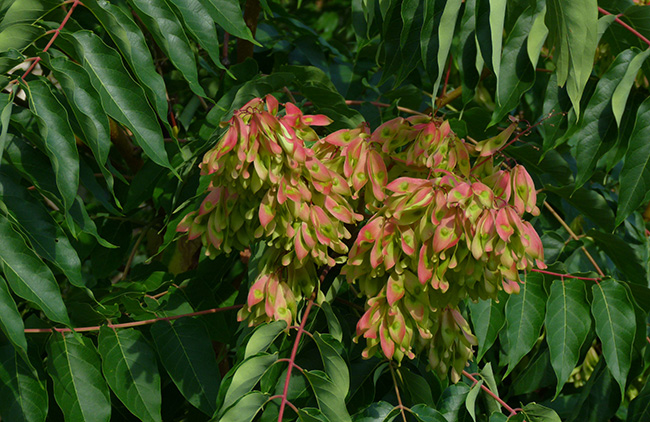 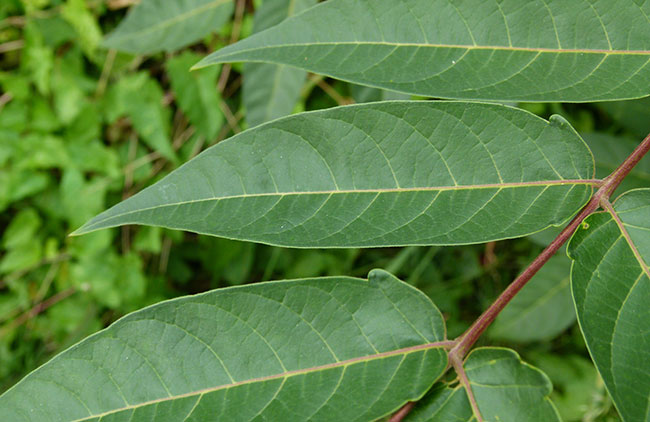 DESCRIPTION: Dioecious, deciduous tree with thick branches. Bark smooth, greyish. Leaves 30–90 cm long, spiralling, glabrous, pinnately compound. Leaflets lanceolate, pointed at the tip, with 2–4 glandular lobes near the base. Leaflets, male flowers and young shoots have a foul odour. Flowers are small, borne in large, dense, upright clusters. Fruits are lanceolate samaras several centimetres long with a seed in the centre. They develop on female plants and persist on trees until the following spring.

STATUS: Widely established throughout Europe, particularly common in the Mediterranean region and in urban areas. In Slovenia it is common in lowland and hilly regions, especially in central and eastern Slovenia. A major problem in urban environments, because it is germinating in small cracks (e.g. in walls and between tiles in the pavement) and on abandoned agricultural sites. 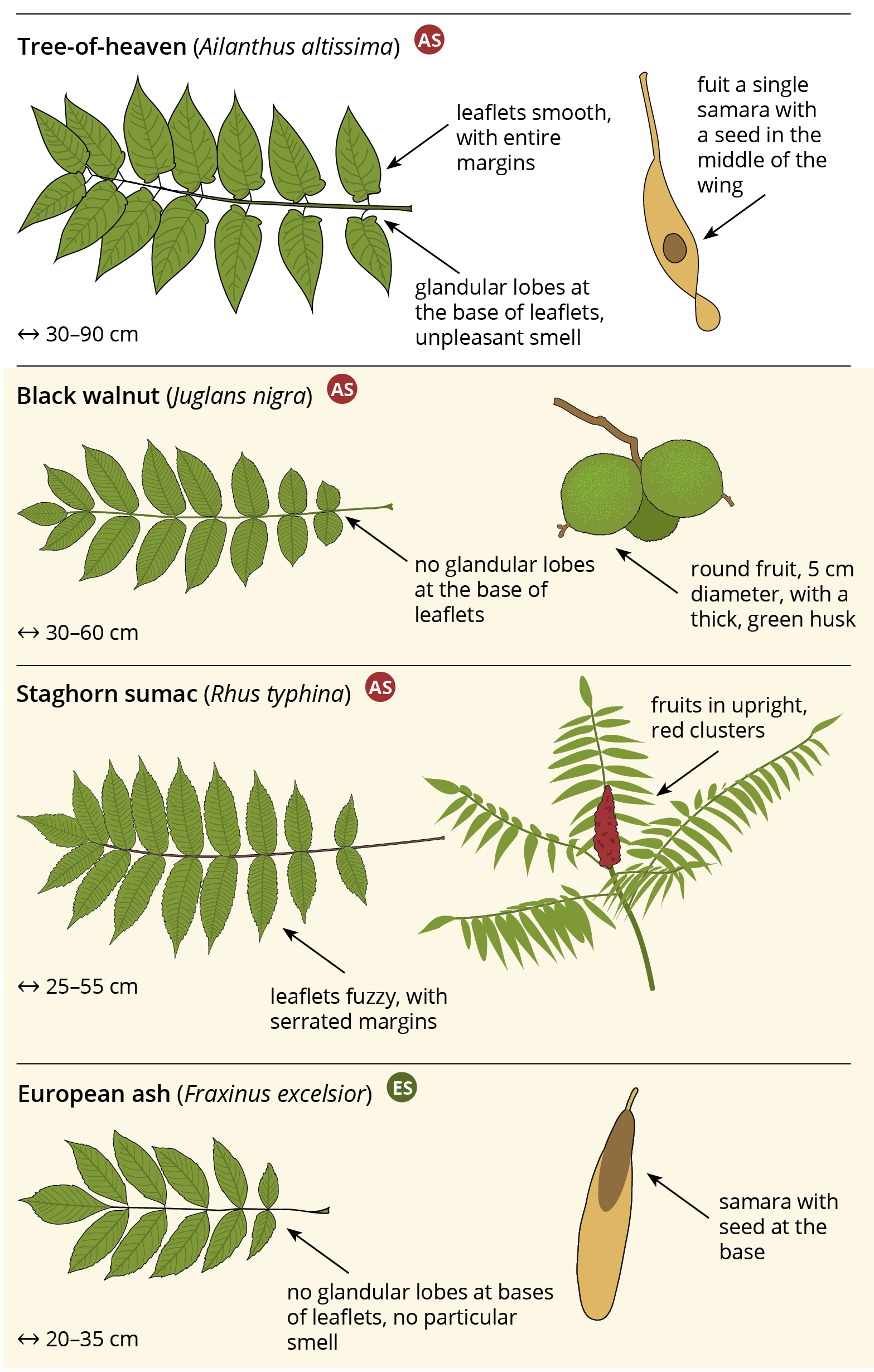